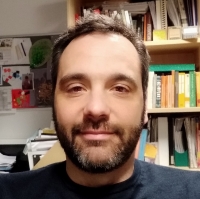 Michele Grigolo is Lecturer in Sociology at Nottingham Trent University (NTU), UK. He holds a PhD in Social and Political Sciences from the European University Institute (EUI) and the European Master's Degree in Human Rights and Democratisation. Before moving to Nottingham, he was postdoctoral researcher at the Centre for Social Studies of the University of Coimbra. His research interests lie in human rights, equality and non-discrimination and their relation with cities, especially around issues of race, migration, religion, gender and sexuality. His publications include a number of articles in peer-reviewed journals as well as well as book chapters. He co-edited the October 2011 special issue of Ethnic and Racial Studies 'Shoud and Does Race "Count" in Fighting Discrimination in Europe?'. He is co-editor of the book Fighting Discrimination in Europe: The Case for a Case-Conscious Approach (Routledge 2013). The volume Global Urban Justice: The Rise of Human Rights Cities, which he co-edited with Barbara Oomen and Martha Davis, is now out for Cambridge. In April 2019, his book The Human Rights City: New York, San Francisco, Barcelona was published, the first solo-authored book dedicated to this topic. Michele Grigolo has taught modules on a variety of topics at both undergraduate and graduate level. At NTU, Michele Grigolo is course leader of the MA Sociology and Internationalisation Subject Lead (Sociology). He also teaches Political Sociology in the BA as well as various classes in the Dissertation, Contemporary Approaches to Public Sociology and the Service Learning modules of the MA Sociology programme. Michele Grigolo has worked as consultant for several projects, including the Inclusive Cities Observatory of United Cities and Local Governments as well as the EU Fundamental Rights Agency toolkit on the joined-up governance of human rights.

Social movements and human rights panel. Submit a paper for the next ECPR conference in Innsbruck, 26-28 August 2020

New chapter on right to the different city. Chapter introduces new book on urban rights, right to the city, diversity and human rights in the city

My new book The Human Rights City: New York, San Francisco, Barcelona can now be pre-ordered. This is the first monograph entirely dedicated to human rights (in) cities

Report on economic and social rights in Nottingham submitted to the UN. The report touches upon the right to good work, housing and food

I have contributed to the human rights handbook for cities and regions of the Council of Europe. The handbook presents best practices of human rights in different localities.